Hannya Man…who is he?

Hannya Man is just one of the many faces of Majima Goro from the Yakuza/Ryu Ga Gotoku video game series. Seeing Majima’s character design with his weird style made me interested in playing the series. Then I fell into the series hard and Majima became one of my favorite video game characters of all time. Of course, I had to dedicate an outfit to the man.

My Yakuza journey started with Yakuza 0 in late 2018. Since the moment I met the man Majima Goro, I was entranced with his bold and brash character. Majima is most recognized for his gaudy appearance featuring his signature snake skin blazer and leather pants. Even if you haven’t played the game, you’ll probably notice Majima definitely has the most distinct fashion sense in the game. In Yakuza 0, he dons a tuxedo for most of the game. Hannya Man appears in Yakuza Kiwami and his outfit is a reference to his appearance in the prequel. The Hannya Man character wears the same tuxedo and his face is covered by a hannya mask. This character is a silent and mysterious fighter.

For this outfit, I wanted to reflect the sleek lines of a tuxedo with the lolita fashion silhouette. Therefore, I opted to use items from Atelier Boz since their designs are all about the lines. The Atelier Boz Roland Jacket was perfect for the job. For the dress, I wanted to use an A-line shaped skirt to continue the straight silhouette line. Majima’s tuxedo shirt features a wing tip collar with a bow tie, so I also incorporated those elements into the outfit. Though you can’t see it, this Atelier Boz blouse also has pintucks in the chest area like Majima’s shirt. For the hannya mask, I bought a $2 mask from eBay and sawed off the chin. Then I tied the Sheglit eyepatch to the mask. The eyepatch is actually way too large for my actual face, so this might be the only time I ever use it.

This outfit was worn for Halloween 2020. The Yakuza series basically occupied all of my free time in 2018-2020. In that time, I played all of the mainline games (Yakuza 0-Yakuza 6), Yakuza: Dead Souls, the spinoff Judgment/Judge Eyes, and the mobile game Ryu Ga Gotoku Online. I had a blast the entire ride and finally started Yakuza 7 last month. I’m looking forward to the future games as well!

Majima inspired me in many ways. Because of him, I cut my hair short and started collecting snake patterned clothing into my wardrobe. I even planned my trips to Japan to see some of the landmarks featured in the game’s cities. I highly recommend the games for those who are interested in Japan!

See some of my other fandom-inspired coordinates! 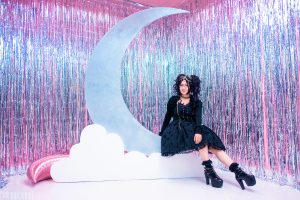 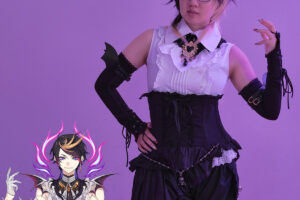 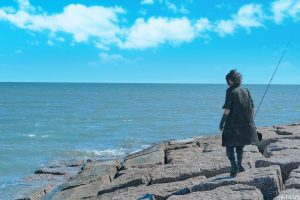 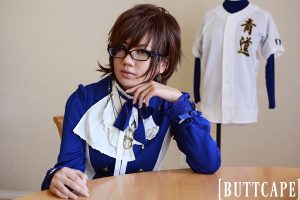 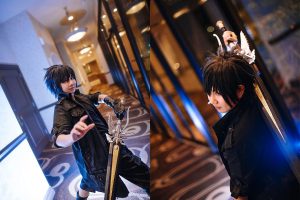 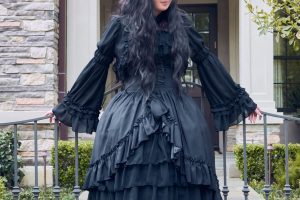