BEX Burger is a new 24 hour burger fast food restaurant off of Kichijoji’s busy Diamond Street. This burger concept is a collaboration between two restaurant groups, GYRO HOLDINGS and subLime Group, and has attracted the attention Tokyo’s businessmen and students alike. The restaurant opened in May 2020.

I first heard of this place from some friends who mentioned a cheap 24 hour burger place where you order at the kiosk. It interested me because who doesn’t love a cheap burger?

What is Kichijoji’s BEX Burger?

The concept for this burger shop can be seen in the name “BEX Burger,” standing for “Best Experience Burger.” This shop is designed around the idea that eating at BEX Burger should be a delicious, cheap, and fun experience. One of the ways that BEX Burger ensures their customers enjoy the experience is by serving fresh food to order.

To make the ordering process fun and stress-less, customers order off of a touch screen kiosk. The system lets customer request accommodations such as no sauce or no tomatoes. This is particularly appealing for customers worried about the spread of coronavirus, but also designed so that those with social anxiety can feel more comfortable. Menus are currently available in both Japanese and English.

While the system is designed to limit human contact, there are still be some programing issues that need to be improved. For example, when ordering a burger, I was only able to select no sauce or no tomato, not no sauce and no tomato. For someone who equally despises mayonnaise and tomatoes, I had to make a difficult choice; I chose no sauce since I could remove the tomato myself more easily.

BEX Burger prides themselves on ingredient selection and their use of local ingredients. Their menu items are simple to let the ingredients shine through. While they source the beef from Australia, they pride themselves on using domestic chicken meat, Hokkaido milk, and Hokkaido butter for their buns and milkshakes. In addition to burgers, they serve chicken nuggets, milkshakes, lemonade, coffee, and sodas.

After ordering at the kiosk, you wait in line along the outer wall of the building. You can look in through tinted glass windows to see the assembly in action. It’s really nice to be able to watch since it looks like the kind of thing you would see on a satisfying TikTok or Instagram account.

As I was peering through the window, I saw that all of the burgers on the line had sauce on them. I didn’t see mine (without sauce) as I moved forward in line and it concerned me. Unwrapping my burger, a wave of relief flooded through me. All was good; my burger had no sauce. The system works.

I ordered the BEX Double Cheese Burger for 572 yen after tax. Being a Texan might skew how I look at burger sizes, so I anticipated these burgers being on the smaller side. BEX’s burger sizing is similar to the size of Shake Shack or In-N-Out burgers. The burger consists of smaller thin patties making it easy to hold in one hand.

From looking at others’ photos, I was worried the burgers would be a little dry. Fortunately, they had a good fat ratio, so the meat stayed nice and moist. The cheese hid a lot of this detail, but I noticed that the burger patties had black pepper on top. As a black pepper fiend, I loved this. If you’re not a fan of black pepper you probably won’t notice it, especially if you order your burger with sauce.

I also ordered a small side of fries for 205 yen after tax. These fries are really tasty. The fries are fried twice and while they are not like the perfect McDonald’s fry, they are delicious in their own right. They have more of a gourmet french fry quality to them which is a pleasant surprise. The portion size of the small order is very small.

I regret not trying the chicken nuggets and milkshake.

Before we answer this question, I think we need to think about the three criteria that BEX Burger strives for: delicious, cheap, and fun.

To put it simply, yes. Yes, it was delicious. I’ve had some bad burgers in Japan. This burger tatsed good enough that I would eat here again. This isn’t a fancy burger with a lot of different topping options. This is just a nice simple delicious burger.

This one is a little less straight forward. The cheapest burger they have is just patty and bun and it will run you 162 yen after tax. Since these burgers are on the smaller side, to get a filling meal you’ll need to double up on your patties. The most expensive burger on their website menu is BEX Tripple Cheese Burger that will run you 756 yen after tax. This might sound like a large burger, but their patties are not very large to begin with. This size might still be too small for some people. To compare, you can get a McDonald’s double cheese burger set with a medium fries and drink for 550 yen. The same set with a small fries from BEX Burger will cost you 896 yen.

The entry point for the food is cheap, but if you’re not careful it can add up. It might not compete with McDonald’s price point, but it certainly knocks other burger chains like Shake Shack and Mos Burger’s price points out of the park. So yes, it’s cheap, just not the cheapest.

Fun is another subjective word, but for me eating at BEX Burger was a fun experience. The building itself is just a yellow box on the corner in a shopping district with some kiosks and windows, but it was fun to try something new and have such a simple process.

A lot of trendy Japanese restaurants have extremely long lines, especially in a popular area like Kichijoji. In Japan, it’s common for McDonalds not to have any open seats. Having a simple burger concept with a small area to the side to quickly eat your burger and move on is perfect. I would take friends there and chow in Kichijoji or take it to-go with me to Inokashira park on a nice day. I imagine this restaurant will be very busy during sakura season when everyone wants a bento for hanami. Watching the assembly line while you wait was also really fun, and the wait wasn’t too long. I would say it’s fun.

While I think “Best Experience” might be a bit of a stretch, it’s a good experience and delivers on what’s promised. It’s a delicious cheap burger and watching the burgers being made in a factory-like assembly line is pretty fun. If you’re in Kichijoji and are looking for a burger, this is definitely the place you should check out! After all, it’s delicious, cheap, and fun! 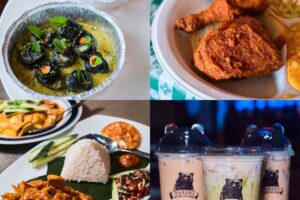 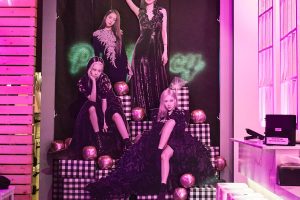 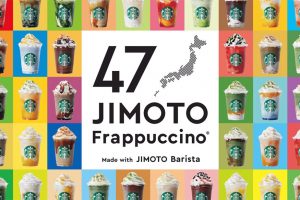 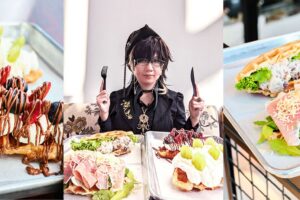 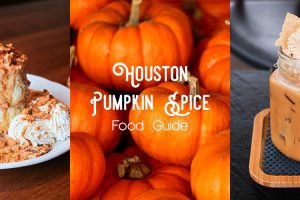 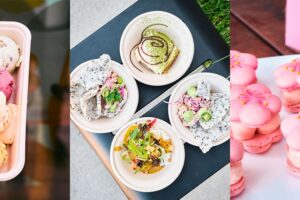