ACME is a rising indies visual kei band with “bad boy in a fictional school world” concept. In February 2019, the band played their first American concert. Later in 2019, CHISA toured with ACME even toured the US west coast organized by FAKE STAR, USA.

On December 5, vocalist CHISA held his belated birthday/end of the year combo party in Shinjuku, Japan. The event was produced by FAKE STAR, USA. While CHISA’s birthday is actually April 2nd, this was right after Japan went into lockdown. Now, equipped with a better understanding of the virus and social distancing guidelines, CHISA was able to host an intimate bartending event complete with masks, hand sanitizer, and tables spaced 2 meters apart from the stage and each other.

The event took place at the SHINJUKU LOFT bar in Kabukicho district. That evening, visual kei artist CHISA took on the role of a bartender and served original themed drinks named after ACME and DIV (his previous band)’s songs such as “Chocolate Prayer,” a hot chocolate, “ROTTEN ORANGE,” a refreshing tea cocktail, and “RISING SUN,” a premium high-ball. Each original drink came with an original coaster. The special dish of the night was the Taste of OmuLife, SHINJUKU LOFT’s famous omurice (omelette rice) dish accompanied with a ketchup drawing by the birthday boy. CHISA even attempted to draw some of the attendees faces on the omelettes.

It was a laid back and intimate free event, guests could come and go as they pleased. Many guests hung around at the social distanced tables but some were quickly in and out, about 25 people showed up over the course of the evening.

Guests could also purchase special request tickets. For 1000 yen, attendees may request him to sing one chorus of a song via karaoke. You could also add some maid cafe inspired “moe moe kyun” magic to their drink. For 500 yen, attendees could request CHISA to do a fake palm reading or engage in a thumb war. At first fans were a little shy to request songs, but after his first song, fans were quick to request more. They mostly requested DIV songs. The fake palm reading was also a very popular choice. Fans also really got a kick out of seeing CHISA “moe moe kyun” their drink.

At the end of the event, CHISA brought out the birthday cake. He thanked the audience for coming to celebrate with him and hoped he would see everyone at the upcoming last live performance for CHISA with ACME the following week.

Overall, it was a small intimate event during a difficult year for events, musicians, and fans. While this wasn’t a ground shaking concert in a club packed full of fans, it was still a nice way to meet and interact with fans, even with the physical distance between them. The best part of the evening was being able to see fans come together. While the masks hid the smiles on their faces, you could see those smiles reaching their eyes and that they were truly able to enjoy their night.

This event is only the beginning of a series for SHINJUKU LOFT. The venue will be hosting more visual kei bandmen bartender events in the future! The Loft is not always open, but they have a sister location in Shimokitazawa that is always open until 10 P.M.

ACME released their latest single RISING SUN on November 18, 2020. In his free time, CHISA enjoys learning about American memes and collecting JoJo’s Bizarre Adventure merchandise. Follow him on Twitter to keep up with his work! 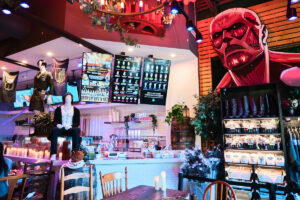 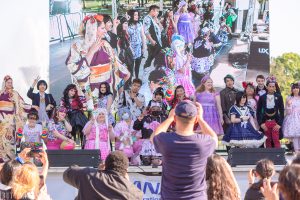 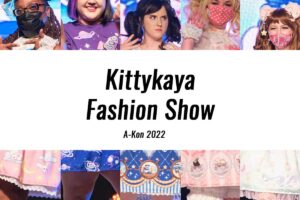 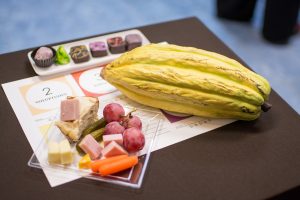