Dame Vivienne Westwood passed away December 29, 2022, in London, England, at the age of 81. I figured she must have been unwell these last few months of 2022, as I hadn’t seen many recent pictures of her. The last few photos posted of her on the official social media accounts come from photosets for the S/S23 runway concepts and ready to wear designs, with postings dating back to the summer. She looked frailer than usual, her trademark shocking orange hair gone, but still smiling. Awards season came and went without her alongside her husband and longtime creative and business partner, Andreas Kronthaler, on the red carpet. I’m sure he knew sooner than almost all of us her time left was dwindling down ever faster. Over the years, he’s been taking on more and more of the fashion concepts, especially for the runway, but Vivienne was often there, supporting, collaborating, encouraging. The runway show in Paris for S/S23 in October however was completely him, and while it was still AK for VW, much of the branding was for AK alone. Absent then was Vivienne, although she did write in praise and support of him. Even her weekly postings to her blog started to lack her visage around late summer, but whatever ailment she had couldn’t keep her from continuing to work in whatever capacity she could until she couldn’t.

Who is Vivienne Westwood?

Born in 1941 as the eldest of three children, Vivienne never had formal training in making clothing. Everything she learned, especially in the early days, was self taught. An interest in the arts and a meeting with Malcolm Edwards during her first marriage, whom the world would later know as Malcolm McLaren, would take her from being a teacher and housewife raising a baby, to the start of a legacy I doubt even she could fathom. Some of Vivienne’s earliest and longest lasting work was that with McLaren during the punk explosion of the 1970s. Their tumultuous relationship is where Vivienne began her fashion work in earnest. Shock was most certainly the point, with McLaren and Vivienne running a shop at 430 Kings Road (which still stands today as Worlds End) under monikers such as Too Fast to Live, Too Young to Die and SEX, selling altered fetish gear and clothing with “taboo” subjects such as genitalia and swastikas. The Sex Pistols were formed partly to sell these clothes, with Vivienne designing many of the now iconic looks associated with the band.

Even as her relationship with McLaren ended and punk fell out of the limelight, Vivienne didn’t want to stop designing. 1981 saw the landmark collection titled Pirates, and with it Vivienne stepping out of the shadows of her past partner and into her own. This collection would see the origins of the Squiggle print and several of Vivienne’s unique approaches to pattern making that incorporated centuries old techniques. The early 1980s saw Vivienne struggle to keep designing, raise two sons, run the shop at 430 Kings Road, and fight numerous personal battles, all while in the hopes the fashion world would start to take her seriously. Meeting Carlo D’Amario would eventually change her fortunes, both literally and figuratively, and Vivienne was finally able to see her designs earn her the accolades and earnings she had long been due.

In the late 1980s, as Vivienne’s international acclaim grew, she also taught fashion design students in Vienna for a few days a month, young minds eager to see the process behind so many groundbreaking trends in couture. It was here she met a student who would later become her second husband and creative partner, Andreas Kronthaler. Despite being 25 years older than him, they clicked, held a deep mutual respect for each other’s interests and works, and brought out new ideas and collaborative efforts. Andreas’s touch on the brand’s designs were almost immediate, as he brought inspiration from Dior and Yves Saint Lauren into Vivienne’s avant garde stylings, creating looks that were familiar with an edge of rebellion. They wed in 1993, the same year Naomi Campbell had her famous tumble in the purple Ghille platform heels during the Paris runway show. Despite Naomi’s fall, that Paris show’s impact was long lasting, leading to deals throughout Paris and Europe, and the Japan deal that made her one of the biggest Western brands in Harajuku and beyond.

Since the mid-2000s, Vivienne had pulled back a bit from the design work, leaving more and more of it in Andreas’s capable hands. She instead focused more and more on her activism, with climate change a large focus of concern for her. Vivienne used her platform as often as she could to champion causes near and dear to her, including using the runway to project messages directly. With this, the brand did also see some changes as well: recycled materials found new life, pieces made from “scraps” lent to both minimal waste and interesting fits, and efforts to use high quality and sustainable materials. Her belief in “Buy Less, Choose Well, and Make It Last” could arguably be traced back to her earliest days, encouraging us all to be a little more conscious with our fashion choices and care of them and our planet.

To say Vivienne had impacts on fashion and culture at large is an understatement. Even in punk’s early days, her designs were copied (punk’s DIY spirit and Vivienne herself encouraged such practices), but still you can buy bondage pants in assorted plaids and studded clothing dripping with chains and safety pins from any number of “alternative” clothing shops. Her idea of underwear as outerwear, especially with regards to the corset, became increasingly common amongst the haute couture fashion houses who looked down upon her, and trickled down to your everyday mall brands.

1986’s Mini-Crini show saw the silhouette showcased there seen soon after elsewhere. The rocking horse shoe was so beloved by lolita fashion enthusiasts in Japan that many brands replicated them, and they are still incorporated into elaborate outfits today.

“…aside from my shoes, which are Vivienne Westwood’s Rocking Horse Ballerinas and Lolita must-haves…”

And, of course, there is the absolute impact the brand had on Japan and the manga NANA in particular. The Japan licensing deal in the mid-1990s made a huge splash, with many officially branded stores and lots of department store space dedicated to her designs. It’s a brand that had fans everywhere across Japan, from the lolitas to the Japanese punk scene, gyarus to business women. From full outfits to accessories, it’s a Western brand that really clicked and has stayed strong since. Some of this staying power can likely be attributed to the wildly popular manga NANA. NANA is a story about two young women whose lives intertwine in Tokyo, and Vivienne Westwood fashion is featured heavily throughout by name in loving detail. While not an officially sanctioned “collaboration”, Ai Yazawa’s adoration for the brand is clear, and NANA’s popularity in Japan and beyond could only have helped get more people to look into it.

Vivienne Westwood’s Impact On My Life

In the mid 2000s, I was a teenager who was into punk and punk-adjacent music (pop punk, ska and ska punk, emo, etc), and anime. My high school anime club’s advisor was both a man with great old anime tastes and an interest in old punk music, so we often chatted. I distinctly remember he was the one who told me about NANA because “there’s a character in it who is a dead ringer for Sid Vicious”. I, of course, fell deep into the world of NANA, and between it and a general knowledge of Sex Pistols, I vowed to myself that one day, I too would own some Vivienne Westwood. My first piece was a necklace for my birthday from a now ex that I sold when we broke up not long after in 2014. The first piece I bought myself was a necklace nearly a year later, back when you could buy Vivienne Westwood jewelry on Amazon with super low odds of getting a bootleg. My wedding shoes were Melissa x Vivienne Westwood. My honeymoon was to London, and going to Worlds End and the flagship women’s shop on Conduit Street were both goals I was able to achieve while there. I’ve built up a nice collection of mostly jewelry and purses, much of it secondhand, with few replicas making it past my careful watch, over the years. Some pieces I’ve been able to afford to buy new, which feels like a dream come true. I have a giant orb and an armor ring, holy grail pieces, that I’ve been known to wear to special events. Books about Vivienne’s life and works join the jewelry and purses on special shelves in my bedroom. I made good on my promise to teenage me and then some.

I know I am but one in a sea of millions of admirers lamenting the loss of Vivienne. She may have not been perfect, but she was interesting and provocative. Although many may not know her name, they know her work. It’s impossible to miss the marks she left on fashion and beyond. I don’t worry about the brand; Andreas has long proven he has what it takes to helm that, and has stated Vivienne has left him with plenty to work on. As for her activism work, we may see her granddaughter Cora Corre step into doing more of that in her honor. And of course, there’s numerous fashion designers who have been inspired by her, ready to keep her legacy alive. But there’ll never be another Vivienne Westwood. Over the course of nearly 60 years, she kept innovating, often lightyears ahead of other designers. Never one to merely sit back, her work always felt like it was doing something new, even when paying homage to older styles. There is a distinctness to her iconic pieces that will often be imitated but never quite replicated. And she herself, from the mother of the punk look, all the way to knighthood, will never quite be replicated either.

Rest in peace, Vivienne. Thank you for everything you’ve done, and for all you’ve emboldened us to do.

“The best guide for living, Ian? That would be The Adventures of Pinocchio. It’s a philosophy of life. A way to live. So naughty. So wild. But he’s got a heart of gold. And that, of course, that’s what saves him… You have to do one thing at a time, yes. But don’t forget, in between, we are getting things done, step by step. We’ll get there.”

-Vivienne to Ian Kelly for her 2014 autobiography 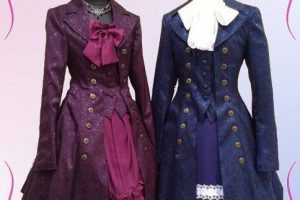 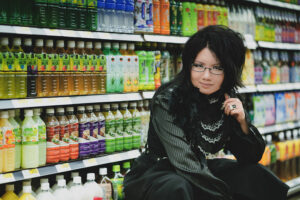 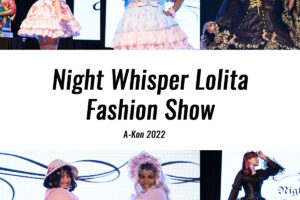