Velvet Translations Blog has translated an article written by Kuniko Kato the original designer of Metamorphose. The article was originally published in the Gothic and Lolita Bible volume 11 published in 2004. In this spread, Kato-san discusses the story of how she started Metamorphose covering the origin of the name, the brand’s timeline from 1993-2002, and how the brand started in Osaka.

“The brand’s official name is ‘Manefest Ange Metamorphose temps de fille.’ All together there isn’t really much meaning (laugh) but I liked the meaning attached to each individual part. ‘Manifest ange’ means ‘manifest angel,’ while ‘metamorphose’ means ‘change’ or ‘transform.’ I found it in a fashion lexicon dictionary, and the meanings resonated with me so I added it in. ‘Temps de fille’ means ‘girls era.’

Like overthrowing the fixed concepts of Lolita fashion, I want to embrace unpredictability!”

“I think there are many of those who wish to become designers who idolize the designers of their favorite brand. My situation was ‘and so, since I have to eat’, so there weren’t really any particular designers that I idolized. From about elementary school until high school I wanted to be a writer. I wrote short stories, and was involved in a play so I wrote the script for that too. However, during my high school years a band boom swept the world. I too started a band then, so I wanted that to continue forever. But the reality is that a band won’t feed you, isn’t it? At that time in order to keep doing things I loved, I felt I had to search for another source of income. Thus, if you are searching for a career, then it’s fashion business or beautician. After that, since I like cooking perhaps a chef or something. However, it seemed difficult; beauticians’ hands become rough and chapped, and their vacations are few. So I dismissed that idea (laughs). At the time, it was still difficult for women to make a career out of being a chef, so I gave up on that as well. So, by process of elimination, Fashion Business it was. The classes at the vocational school were at night, and the tuition was cheap. So I thought ‘this is it!’ And moved forward.”

New and old fans of Meta will surely love reading where the brand came from. Kato-san has always been admired in the EGL community for making unorthodox and plus size friendly designs. Metamorphose was one of the first Japanese brands to ship outside of Japan. Kato-san left Metamorphose in 2009 and started her own brand Physical Drop in 2010. You can read the full interview translation over at Velvet Translations Blog! 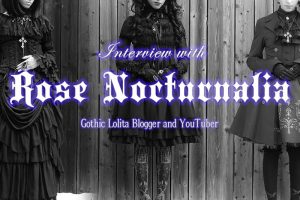 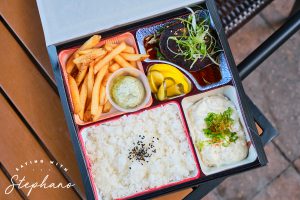