For this week’s Lolita Blog Carnival, the prompt is “interview a fellow lolita.” Rose Nocturnalia is gothic lolita blogger and YouTuber from Canada who I’ve followed for a quite a few years. Her favorite brands include Moi-même-Moitié, Atelier Pierrot, Alice and the Pirates, and Atelier Boz. I find her coords very interesting since she combines elements from goth subculture into gothic lolita. I also appreciate her no frills approach for lolita-centric YouTube content. Here are a few questions I’ve asked her about the state of the lolita community, blogging, and vlogging!

How did you get into lolita fashion and how long have you been in the community?

RN: When I was in middle school, I stumbled upon Malice Mizer and Mana while researching different types of goth music and fashion. From there, I ended up finding my way to the EGL community on LiveJournal, where I spent a lot of time reading everything I could about lolita fashion. As a teen, I was too shy to wear anything other than a few small accessories. It took me quite a while to work up the courage (and the finances) to buy my first full coordinate, so I’ve only been wearing lolita for about 6 years.

RN: I think I have an interesting perspective as someone who’s a member of both the goth subculture and the lolita subculture. There are many lolitas who are a member of both subcultures, but there are just as many who have no interest in goth outside of lolita fashion. My viewers are mostly goths, so it’s been fun to introduce them to a totally different subculture.

What’s your favorite kind of blog post to write?

RN: I love writing event reports. There are lots of events that I can’t attend, but I love reading about people’s experiences and seeing their photos, so I hope other people feel similarly. I also like to write them so that I can go back and read them later. I usually forget about the minute details of these events, so it’s nice to have them all written down.

RN: I decided to start a YouTube channel on a whim after one of my friends made a gaming channel. I wanted to make gaming videos too, but my computer setup couldn’t handle it, so I decided to try vlogging instead. When I first started making videos, there weren’t any big gothic influencers yet, so it was a fun way to connect and make friends with people with the same interests.

How do you prepare for filming a video?

RN: I have a running list of topics and ideas for videos. When I have spare time, I’ll pick one randomly and start fleshing it out a little bit – researching the topic, taking notes, finding photo references, etc. Once I have enough material I write up some cue cards on what I want to say and make sure it flows together. After that, it’s filming time!

I’m also a blogger who’s venturing into YouTube. What advice would you give to someone who wants to get into lolita YouTubing?

RN: It can be really hard for new channels to get off the ground, even if you already have a successful blog or social media platform, so the most important thing is to get off to a strong start. Having a professional-looking setup with bright lighting and good audio quality also makes your content more attractive to viewers. People also aren’t likely to watch a generic unboxing video or lookbook from a brand new channel, so you have to come up with creative ideas right off the bat. Translations, event or meetup reports, skits, history videos, etc. take much more work, but the payoff is a more unique and interesting video.

What do you think are the biggest challenges between writing a blog post for Rose Nocturnalia and vlogging for YouTube?

RN: The biggest challenge about vlogging is actually being on camera. It takes a lot of practice to speak confidently in front of a camera. Any nervous habits or mannerisms will show, and it’s easy to look awkward or uncomfortable. It can be difficult to edit out mistakes, too.  You need to get it right the first time, because nothing is more annoying and time-consuming than having to go back and reshoot sections of the video that you couldn’t salvage.

With a blog post, you can go back and edit things as much as you need to. There’s zero pressure. Plus, if you’re writing a blog post, you don’t need to worry about things like lipstick on your teeth.

What’s your favorite thing about the lolita community right now?

RN: The lolita community is definitely one of the most helpful communities I’ve ever participated in. People will often go out of their way to help others and set up community resources that benefit everyone. Mentoring groups and Lolibrary are great examples of that community spirit.

RN: I’ve noticed an uptick in catty behavior in the online community recently. I’ll chalk it up to people being stressed under quarantine.

Tell me a little about a clothing piece you bought in the last year.

RN: A few months ago I bought Victorian Maiden’s Sister OP from 2001, one of my longtime dream dresses. It’s one of those pieces that’s so rare that I thought I’d never own it. I really love the gothic vibe that older Victorian Maiden pieces have.

Do you have any advice for someone who wants to start wearing gothic lolita?

RN: Stick to a single color for your main pieces (black is the easiest) and incorporate accent colors by using accessories. That way, you can coord one black main piece in many different ways, rather than having to get accessories to match specific dresses.

Any tips for taking coordinate pictures?

RN: Taking coord shots from a slightly low angle makes your legs look longer, especially if you’re wearing heels. I look way taller in photos than I actually am in real life!

What do you think of Mana’s newfound vlogging career?

RN: I love it! It was such an unexpected treat. I never thought I’d get to see Mana shooting hoops or cooking, but here we are.

Do you have any projects you’re looking forward to?

RN: Right now, I’m working on a lolita guidebook specifically tailored towards gothic lolitas. There are a lot of lolita resource materials out there, but sometimes I feel like a lot of it isn’t as relevant to the gothic substyle. It’s a big undertaking so I’m doing lots of research and getting some help from friends!

RN: I would love it if people would take a look at my “Let’s Read Gothic Lolita Bible” series on Youtube! It’s a video series where I go through different issues of the GLB and talk about releases, trends, street snaps, and more.

There you have it! Thank you to Rose Nocturnalia for sharing her insight on the lolita community, blogging, and vlogging. If you’re a beginner or someone who is interested in gothic lolita style, we hope these tips help you along your journey. She makes gorgeous coords and her videos are hilarious, so make sure to check out her work!

The Lolita Blog Carnival is a group that brings together the online lolita blogging community. Each week, we vote on a new topic, write about it, and publish them on the same day. If you’re interested participating, please join the LBC group! Read the other bloggers’ posts who participated in this week’s theme: 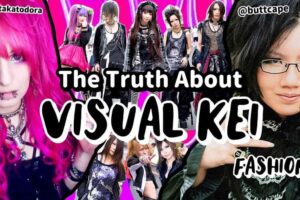 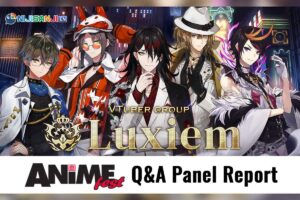